Cigarette smoking - the trajectory of tobacco and reversing the risks 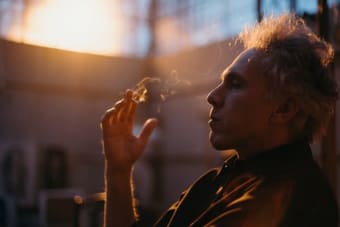 Tobacco use remains the single largest preventable cause of death in the world today, according to the World Health Organization.

The American Tobacco Company began in 1890.  By 1924, over 70 billion cigarettes were sold. Finally, in 1947 there was enough evidence to confirm that smoking causes cancer.  However, it was not until 1967 that the Surgeon General definitively linked smoking to lung cancer and heart problems, which lead to the legal obligation to print health hazard labels on packages in 1970.

There are about 4800 compounds in tobacco smoke – toxic components include radon, formaldehyde, tar, carbon monoxide, arsenic, hydrogen cyanide and nicotine.  Studies have shown nicotine to be more addictive than cannabis, caffeine, cocaine, alcohol and heroin, regarding both physiological and psychological dependence.  Approximately 70 carcinogens have been identified in tobacco smoke…including radioactive isotopes that deposit in lung airway branches.  Smoking is a serious risk for many cancers: head & neck, lung, leukemia, stomach, bladder, pancreas, colon…and also many other chronic diseases.  Research indicates that each year of abstinence from smoking, these risks decrease, and may return back to non-smoker values after 15 years.

Hopeful and powerful preventative therapies exist that block and reverse the underlying injury process, even when an individual has multiple etiologic factors contributing to risk.

find out if blueguide can help.

During your first contact with blueguide, we'll determine if we can help you. There is no risk, and no obligation. Just people who care.